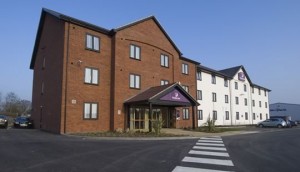 The Oswestry Gateway development to the south east of Oswestry is beginning to take shape with the completion and opening on schedule of a 59 bedroom Premier Inn and Table Table Restaurant/Pub built J-Ross Developments Ltd received planning approval in April 2008 to build the turnkey, 59-bed hotel and a pub shell for Whitbread plc.
Work began on this £4.75 million development in summer 2008 and, working in conjunction with Elements-Europe Ltd, utilising a modular construction technique to cut the development programme by one third enabling J-Ross Developments Ltd to hand over the premises on schedule in April 2009.

There are set to be 60 new hospitality jobs created as a result of a new deal reached between developers in Oswestry and restaurant chain Whitbread. 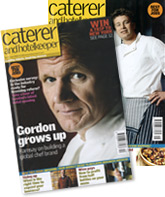 Plans for the new Oswestry Gateway development include a 59-bedroom Premier Inn which will provide 60 hospitality jobs to people living in the area, the Border Counties Advertiser has reported.

As well as standard hotel jobs, restaurant work opportunities will be made available as the site will include a Brewers’ Fayre family pub.

Nick Scott, head of development at the group behind the project J-Ross, said the hotel would be a major addition to the site and will be open to the custom of the ten million cars which pass along the road each year.

“The fact they are opening both a hotel and family restaurant underlines their commitment to this prestigious location, and establishes a high quality tone for future occupiers,” he added to the news provider.

Other retailers are being invited to open up on the site, creating the possibility of more local jobs.

According to Whitbread, those employed by the company can expect it to be concerned with people and teamwork.

Oswestry’s new hotel and restaurant has been hailed as the first stage in the development of a high quality business park just off the A5.

The new Whitbread hotel was delivered by Oswestry based J Ross Developments with the building work carried out by the company’s in-house contracting arm J.R. Pickstock Ltd.

J. Ross, UK Property Developers, Project Manager Rob Humphreys said the new hotel was a significant development for the town and had been built in a unique method.

“We worked with our sister company Elements Europe, utilising their award winning modular rooms for 45 of the 59 bedrooms. The ‘Roompod’ solution sees fully fitted rooms built and assembled in the Oswestry factory before being transported to the site.

“The development is the first stage in establishing Oswestry Gateway as a high quality business park, with opportunities for offices, day nursery, trade counter, motor dealership and employment land.”