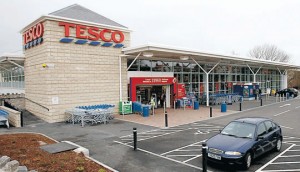 The major re-generation project carried out at Holywell in North Wales has been well received as this article from the local Evening Leader newspaper points out.
The project delivered a new 25,000 sq ft (Net Sales) foodstore in the town centre site, a town centre car park and two private land interests, re-energising this retail centre and drawing shoppers back to Holywell.

Evening Leader September 2008
Holywell – the town that refused to die 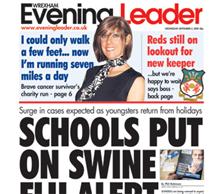 LIKE most small towns, Holywell has faced many challenges in recent years, such as the loss of well-paid jobs following the closure of the Courtaulds factories in Greenfield and Flint and mass redundancies at Shotton Steelworks.
Add to this the combination of greater mobility as car ownership became more affordable and the growth of out-of-town shopping parks enabling people to shop where they wanted, and it was a recipe for disaster for small towns.
The retail core of many did not survive this shopping revolution leading to shop closures or once diverse and thriving high streets being taken over by charity shops, amusement arcades and betting shops.
The fact that Holywell did not succumb to this fate is thanks in no small part to the foresight of Holywell Town Council that in 1997 became the first town in Flintshire and only the third in Wales to appoint a town centre manager to try to reverse the decline.
Since then, the number of vacant shops has decreased and many town centre buildings have been refurbished, thanks to a Flintshire Council-led regeneration scheme, to provide a pleasant environment, and now people shop in Holywell out of choice.
It’s practical and pretty too with the town’s floral displays this year winning first place in the annual Wales in Bloom competition.
Thanks to a vigorous marketing campaign, tourists who visit St Winefride’s Holy Well and Greenfield Valley Heritage Park have also been encouraged to visit the town centre, contributing to the viability of town centre businesses.
More recently, Holywell’s potential as a shopping centre was recognised by two of the UK’s biggest retailers when Tesco and Lidl opened stores in the town. These stores now attract shoppers from outlying villages who also take advantage of the free customer parking they offer to visit town centre shops.
These recent additions, the ability to shop in a traffic-free environment and a thriving Thursday street market are attracting an increasing number of people to the town and it is rapidly being recognised not just as a shopping centre, but also a pleasant place to relax and spend a few hours.